Everything We Know About The 2024 DeLorean Alpha 5

Remember DeLorean DMC-12 from ‘Back to the Future’? In this case, it happens to be in the form of an 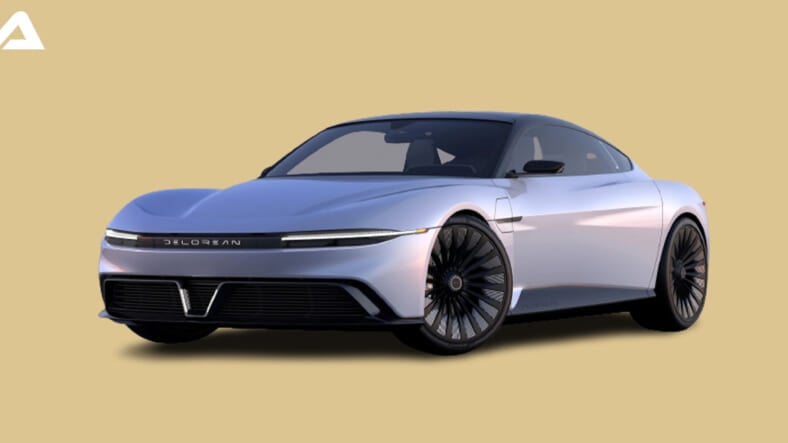 Remember DeLorean DMC-12 from ‘Back to the Future’? In this case, it happens to be in the form of an electric vehicle. The DeLorean Alpha5 is the new flagship model that the legendary brand has announced. In much the same way as the DMC-12, the predecessor to which it refers, this car follows the outline of the iconic coupe with gullwing doors that have been styled by Italdesign, like its source. This is an entirely modern design, with the only nods to the past being the top-hinged massive doors and the rear glass louvers, as the rest of the design is a complete departure from the past.

For building the Alpha 5, DMC partnered with Volkswagen-backed Italdesign, which was involved in developing the original DeLorean. There are still some design elements of the original DeLorean that will remain in the upcoming electric vehicle. These include louvers on the rear windshields and open wing doors from the top. While there is a nod to the past in the design of the huge top-hinged doors and the louvers installed on the rear glass, the rest of the interior is entirely modern.

A beautiful design inspired by the legendary DeLorean DMC-12 makes the DeLorean Alpha5 something everyone would love to have in their garage.

A Vehicle From The Future

In the 1985 film “Back to the Future,” the original DeLorean became a pop culture icon. However, the vehicle itself was underpowered and did not make for a comfortable driving experience due to its underpowered engine. It was mainly because of the V6 gasoline engine from Peugeot-Renault-Volvo, installed initially in the DMC-12. The engine has now been replaced with an electric motor that is expected to be able to achieve the 60 mph mark in just 2.9 seconds and the 88 mph mark in 4.35 seconds; as part of the time travel plot in the film, the vehicle needed to achieve insane speeds, which is why the company has put in a lot of effort, especially in this area. A maximum speed of 155 mph is this automobile’s electronically capped top speed.

The car has a battery pack with a capacity of over 100 kWh, so it can cover a distance exceeding 300 miles, as estimated by the EPA. As for the drag coefficient, the electric coupe has a very low 0.23 coefficient, which is not the best in the business but is one of the best in its class.

Its size is much larger when compared with its predecessor. In fact, when the gullwing doors are shut, it measures 196.6 inches in length, 80.4 inches in width, and 53.9 inches in height.

Several aspects of production will be outsourced to Italy, while the powertrain will be supplied by a UK-based supplier, according to the company.

As is the case with most EVs in today’s market, it has massive wheels and slim lights on the front and rear. As a result of its curvaceous body, the charging port is located on the front fender on the driver’s side. Alpha5 comes with a two-tone finish and a swoopy roofline, making it stand out from the crowd. With only a touch of the hand on the C pillar on either side, the famous gullwing doors can be easily opened.

As far as the interior of the Alpha5 is concerned, not a lot of information has been released. However, it is expected to have large bucket seats at the front and rear, which will be covered in a mixture of red and gray Alcantara. The center of the car is equipped with a large touch screen. Also, there are two cup holders, two of which turn into holders when one pushes the upper lid of the cup holder and presses it down.

Gray Alcantara is also used on the steering wheel of the vehicle, followed by white Alcantara on the horn pad on the driver’s side. Apart from the steering wheel, it has a massive screen that shows the driver all the essential information about the car. The paddles in the Alpha 5 can do more than their conventional job. Using the right paddle shifter can enable brake regeneration to help you achieve maximum battery range, while the left paddle is for PRND driving mode.

Located on the car’s roof is the car’s push-start stop button and the electronic parking brake that is operated by pushing a button that feels like operating a jet fighter plane. With the wide gullwing doors and the lack of a B-pillar, accessing the rear seats appears to be a breeze.

Though the exact price tag has not been revealed, according to DeLorean’s announcements, only 88 of these will be produced. Therefore, it is likely not to be a cheap car, but with what it offers, it seems worth every penny.